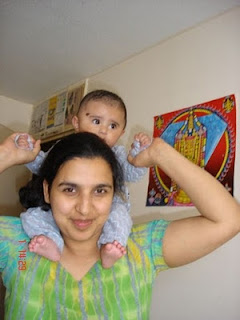 Are solar panels worth the cost? 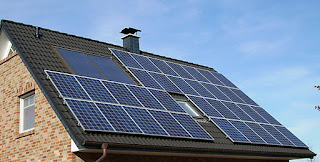 The most effective way to save money on energy bills is to change habits and cut back on the power used in the home. The second most effective way is to ensure your property is properly insulated.
But if you've already done what you can, it might be time to consider installing technology that lets you generate your own renewable energy.
Probably the most obvious option for private homes is generating electricity through solar panels. If I'm honest, I've always had a suspicion that these aren't that effective and that they're more to do with out-greening the Joneses than saving the planet.

But the Energy Saving Trust (EST) reckons that if you're eligible for the Feed-In Tariff Scheme - where you get paid for the energy you generate - you could be saving and earning a total of almost £1,200 a year.

That's a compelling figure for any penny pincher. So I've been looking into whether solar panels do more than impress the neighbours…

Costing the Earth
Greening our homes is undeniably important but it needs to be affordable if people are going to do it. So far, around 45,000 UK homes have fitted solar photovoltaic (PV) panels in order to generate some of their own power. With feed-in tariffs, they can also sell any surplus energy back to the grid.
But there are in excess of 26 million homes in the UK, so that's not exactly a green revolution.

The cost of this technology could have something to do with that. According to the EST, an average 2.9kWp system will cost £11,700, including reduced rate VAT at 5%.
It would take some pretty compelling savings for most people to consider that kind of outlay.

Sunny side up
Is solar energy even possible for everyone? What if you live in Scotland? (Where I lived for six soggy years).The good news is that you can generate power even on cloudy days, as long as you have an unshaded roof that doesn't face north. If you want to know whether or not your home is suitable, there's a handy checklist on the British Gas website. Admittedly, one of the points is that your home isn't suitable if it's a basement flat, but most of it is useful stuff.

Eco win or eco bling?
But how much can you save or earn with your panels? There's a Solar Energy Calculator available from the Energy Saving Trust, which can give you a rough idea.
For example, I know that my roof is suitable, if not ideal, for PV panels: it has an east and west-facing roof, and it's not listed. According to the trust's calculator, I could generate 57% of my home's annual electricity through PV panels. It reports that I could make £803 in my first year and £18,323 over 25 years. However, the likely initial cost for my small roof would be £8,640. So I could make a total of £9,683 profit over a quarter of a century. But that's many years before I recoup my outlay.
In environmental terms, the calculator concludes that 19.7 tonnes of CO2 would be saved thanks to my panels, which would generate 1,659kWh a year. The environmental savings seem more compelling than the financial.

Priceless panels
If you can't quite lay your hands on nearly £12 grand, you're not alone. But there are schemes that could help. Some companies will install panels on your roof for free — and you get to keep all the energy you generate and use. However, any profits made by selling power back to the grid go to the company that installed your panels. These are sometimes called 'rent-a-roof schemes' and most last for up to 25 years.

But some of these schemes have been criticised for not being in the homeowner's best interests, so if you're considering one, make sure you read all the small print.
I've decided this isn't suitable for the Hannah household, as we want to sell our home in the next year. I'm worried that tying the house to 25-year commitment like that will make that even harder.

ECOwboys
Reading about other people's experiences with solar panels, I'm alarmed at how many cowboys and con artists operate within the environmental sphere.
Some people have been defrauded out of thousands of pounds, others have had shoddy work completed. Most common though are people being told their homes are suitable when they are not, and having inappropriate panels fitted.
Make sure you're using a reputable, recommended company and read reviews before you hand over any money. It's also worth getting several quotes to make sure you're being given reliable information. Be aware that only panels fitted by companies certified under the Microgeneration Certification Scheme will qualify for a feed-in tariff.

Eco on credit
I do believe that solar panels can save you money but only if you're looking at the long game. For many hard-up penny pinchers, finding that kind of money simply won't be possible, no matter how much they want to help the planet.
That's why I'm interested to see what's offered under the coalition's Green Deal. This will eventually see households given the chance to fit their homes with green technology and pay back the cost gradually through their energy bills. The government's plan is that the loan repayments will be entirely offset through the savings made, but hopefully some homes will be able to bring their bills down as well. You can find out which renewable technology is best for your home using the EST's questionnaire.
Not all homes will be suitable for mircogeneration technologies like solar panels or wind turbines — in fact many will be better off fitting better insulation, even if that is less glamorous. In the meantime, are solar panels worth the cost? Yes, but only if you're able to wait years to recover your outlay.
Posted by Ram at 4:57 AM No comments: 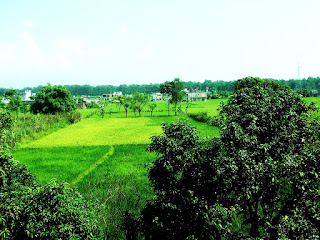 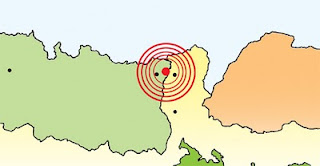