Sir Edmund Hillary was born in 1919 and grew up in Auckland, New Zealand. It was in New Zealand that he became interested in mountain climbing. Although he made his living as a beekeeper, he climbed mountains in New Zealand, then in the Alps, and finally in the Himalayas, where he climbed 11 different peaks of over 20,000 feet. By this time, Hillary was ready to confront the world's highest mountain.
Mt. Everest lies between Tibet and Nepal. Between 1920 and 1952, seven major expeditions had failed to reach the summit. In 1924, the famous mountaineer George Leigh-Mallory had perished in the attempt. In 1952, a team of Swiss climbers had been forced to turn back after reaching the south peak, only 1000 feet from the summit.
Edmund Hillary joined in Everest reconnaissance expeditions in 1951 and again in 1952. These exploits brought Hillary to the attention of Sir John Hunt, leader of an expedition sponsored by the Joint Himalayan Committee of the Alpine Club of Great Britain and the Royal Geographic Society to make the assault on Everest in 1953.
The expedition reached the South Peak on May, but all but two of the climbers who had come this far were forced to turn back by exhaustion at the high altitude. At last, Hillary and Tenzing Norgay, a native Nepalese climber who had participated in five previous Everest trips, were the only members of the party able to make the final assault on the summit.
At 11:30 on the morning of May 29, 1953, Edmund Hillary and Tenzing Norgay reached the summit, 29,028 feet above sea level, the highest spot on earth. As remarkable as the feat of reaching the summit, was the treacherous climb back down the peak.
By coincidence, the conquest of Everest was announced to the British public on the eve of the coronation of Queen Elizabeth II. The triumph of a British-led expedition combined with the inauguration of the young Queen did much to restore the confidence of a nation weary from long years of wartime hardship and postwar shortages. Edmund Hillary returned to Britain with the other climbers and was knighted by the Queen.
Now world famous, Sir Edmund Hillary turned to Antarctic exploration and led the New Zealand section of the Trans-Antarctic expedition from 1955 to 1958. In 1958 he participated in the first mechanized expedition to the South Pole.
Hillary went on to organize further mountain-climbing expeditions but, as the years passed, he became more and more concerned with the welfare of the Nepalese people. In the 1960s, he returned to Nepal, to aid in the development of the society, building clinics, hospitals and 17 schools.
To facilitate these projects, two airstrips were built. These airstrips had the unforeseen consequence of bringing more tourists and would-be mountain climbers to the remote region. The Nepalese cut down ever more of their forests to provide fuel for the mountaineers. Edmund Hillary became concerned about the degradation of the environment of the Himalayas and persuaded the Nepalese government to pass laws protecting the forest and to declare the area around Everest a National Park. The Nepalese could not afford to fund this project themselves and had no experience in park management. Hillary used his great prestige to persuade the government of New Zealand to provide the necessary aid.
Immediately after the successful Everest expedition, Hillary and Sir John Hunt published their account of the expedition, The Ascent of Everest. The book was published in the U.S as The Conquest of Everest. Sir Edmund Hillary's autobiography Nothing Venture, Nothing Win was published in 1975. In 1979, he published From the Ocean to the Sky, an account of his 1977 expedition on the Ganges river from its mouth to its source in the Himalayas.
Sir Edmund's life was darkened by the loss of his wife and daughter in a plane crash in 1975. He continued to occupy himself with environmental causes and humanitarian work on the behalf of the Nepalese people for the rest of his life. He died at home in New Zealand at the age of 88, mourned by his countrymen and by legions of admirers around the world.
Posted by Ram at 2:18 PM No comments: 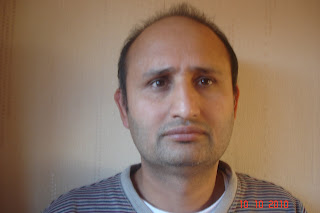 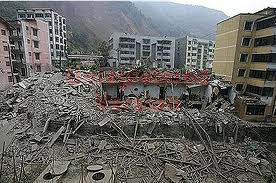 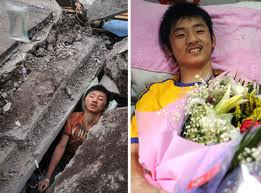